Telling Lies Can Affect Your Health 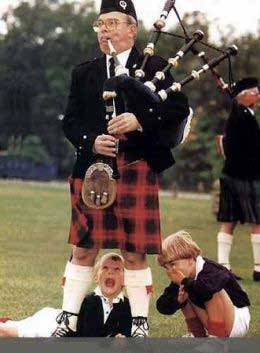 I always liked the fact that real men ate tofu, practiced yoga and wore kilts. I have; however, admired men in kilts long before I heard of yoga or tofu or Andy Murray.

Years ago in the U.S., at a time when gender specific tasks, rules and traditions were the norm, the thought of men wearing skirts would invariably induced a snicker from most manly American men and domesticated American women. People joked that the first man to don a kilt was probably not Scottish, but he was invariably a transvestite. I thought differently, in fact, I thought men in kilts were sexy.

I’ve still to learn about the history of the kilt, but I do know that the many colorful plaids of greens, reds, blues, golds and other bright colors woven into intricate patterns represent the tartan of the “clan” or family name and today those plaids are a hot fashion item for men.

It’s only recently; however, that I’ve had the pleasure of actually meeting up with men in kilts.

Several years ago, on a trip to Glasgow, I had the happy duty of experiencing a bit of Scottish culture. I relished the haggis – a traditional breakfast “hash” made of sheep’s innards (heart, liver and lungs), mixed with a bit of onion, fat, oatmeal and spices. I also enjoyed the savory Scottish pasties; which I confirmed, were not a titillating item of clothing, but a meat pie (no potatoes) made of delicate pie pastry and meat filling.

One evening while enjoying drinks and appetizers at a stunning lobby bar at a posh Glasgow hotel, I was treated to a parade of handsome young men in kilts who were arriving for a wedding reception. It seems on special occasions such as weddings the men of Scotland don their kilts and proudly show off their tartan colors along with their lovely legs.

The show was excellent and I had a grand view beneath the glass stairway that led up to the reception halls. It was great fun trying to get a look up their skirts as they ascended the staircase. It is true that gentlemen do not wear undergarments underneath their kilts.

I personally attended two unrelated summer weddings where I was treated to men in kilts. One was in Ireland where my Scottish friend entertained us not merely by wearing a kilt but by playing the bagpipes as well; the other took place back home in “hotlanta” where the groom was decked out in full Scottish regalia. His best man, also dressed in a kilt, managed to keep cool by standing over one of the few a/c vents in the floor. It reminded me of Marilyn Monroe's famous subway vent scene in “The Seven Year Itch”.

I often think back upon those memories with great affection; my wonderful trips to the UK, my cool British mates and all those lovely men in kilts.