Osteoporosis Medications and Serious Side Effects

DOGTV The First Network For Canines

It’s a big week on DirecTV. All your favorite channels have new numbers, Bravo’s Million Dollar Listing is finally finished for the season, and one of our most anticipated new networks is now on DirecTV channel 354!

Severals decades ago I helped launch another target-audience network, Cartoon Network, so I know how thrilling it can be to see all your hard work come to fruition. I’m also sure the stars of DOGTV are as pumped up as the Toons were on CN back in 1992.

In case you’re having a wtf moment, DOGTV is, in fact, “television for dogs”.  Yes you read correctly. It’s an entire network programmed especially for canines…although we suspect a more than a healthy portion of the Homo Sapiens population will be watching it religiously too.

In any case, DOGTV is a network that promises to fill the gap in your dog’s life by keeping him or her occupied while you’re not at home, or just don’t have the time or energy to play ‘Throw the Ball’.

Although some critics are worried that DOGTV will turn your dog into a couch potato, (or should I say, “pet-pillow potato”), the execs at DOGTV say that it’s highly unlikely. I agree. As with many healthy lifestyle alternatives, only time will tell.

Imagine what fun your doggie will have watching a never-ending broadcast of sleepy puppies, panting canines, soothing pastorals and the occasional chimpanzee.

When I took a closer look at the listing details of last night’s program, entitled “Evening Relaxation, it read, “Programs to reduce stress levels and make sure your dog is relaxed and calm in the evening”.

DOGTV airs 24/7. So when you get up for that glass of water at 4am don’t be surprised if you find your bleary-eyed best friend watching “Night Time” on DOGTV. (not to be confused with NightLine on ABC).

Today’s programming includes the exciting show, “Stimulation” which is considerably livelier than “Relaxation”, but hey, it’s Sunday and Snoopy isn’t as wound up as during the work-week.

The best thing about DOGTV is that there are no commercials. There are no annoying interruptions that would surely piss off your pooch. There’s no fear that Fido will whine pitifully at the screen every time a Beggin Strips commercial comes on, nor is he likely to pee on the rug when a new chewy bone fails to emerge from your most recent grocery bag.

While DOGTV may prove to be a new network blockbuster, Emmy-award winning writers and actors can rest easy knowing that DOGTV’s new stars won’t be walking the red carpet anytime soon.

Nevertheless, ratings for this innovative new network are sure to climb faster than a speeding greyhound. 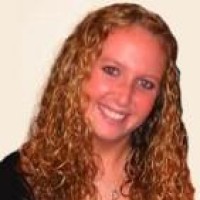 Heather is a securities data analyst for a financial institution that handles both national and international clients. She demonstrates savvy good sense when it comes to analyzing trending products and ideas as well.